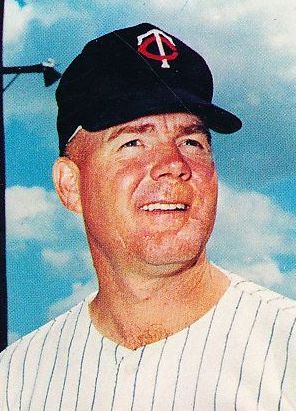 Al Worthington played baseball at the University of Alabama. He had a career record of 14-3 as a pitcher. He helped lead the Crimson Tide to the SEC Championship, and a berth in the 1950 College World Series. He was one of the premier relief pitchers in the major leagues for 16 years with the New York and San Francisco Giants of the National League; and the Minnesota Twins of the American League. In 1964, his 1.38 ERA was the lowest of any reliever in the major leagues. He was selected by the Twins as Pitcher of the Year for two consecutive years from 1964-65. He helped lead the Twins to the American League pennant in 1965. He led the American League in saves in 1968 with 18. In 1986, he was selected as the relief pitcher on the Twins All-Time Team.