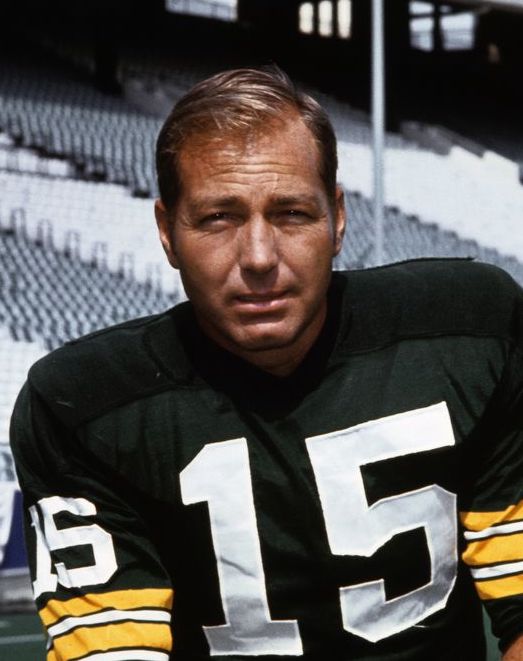 Bart Starr was a high school All-American quarterback at Sidney Lanier High School and played four years at the University of Alabama. He was drafted in the 17th Round of the 1956 NFL Draft by the Green Bay Packers. Midway through the 1959 season, Coach Vince Lombardi named Starr the starting quarterback. The Packers dominated the 1960s under Starr’s leadership, winning five championships, including three consecutive titles from 1965-1967. Starr has the highest postseason passer rating of any quarterback in NFL history and was named MVP of the first two Super Bowls. He was named NFL MVP for the 1966 season and was elected to four Pro Bowl teams during his career. Following his 16-year playing career, he served as Green Bay’s head coach from 1975 to 1983. He is a member of the Professional Football Hall of Fame.