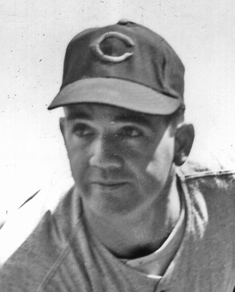 Bubba Church played prep ball at West End in Birmingham and played collegiately at LSU. He was teammates with National Baseball Hall of Famer, Robin Roberts, in the pitching rotation of the Philadelphia Phillies known as the “Whiz Kids” that won the 1951 National League pennant. That 1951 season, Church was 15-11 with a 3.53 ERA, 104 strikeouts, 90 walks, and 15 complete games. He played pro ball for eight years, first as a pitcher-outfielder at Salina in the Western Association. In Toronto from 1948-49 he had a 15-8 record. He led the International League with a 2.35 ERA. He also played with the Cincinnati Reds and Chicago Cubs. He retired from baseball in 1955.