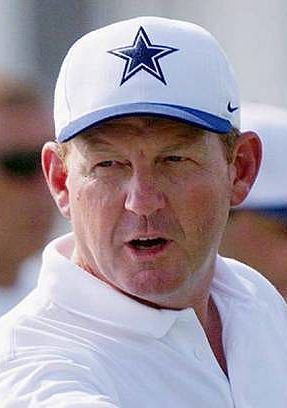 Chan Gailey played collegiately at the University of Florida. He coached at Troy University as a secondary coach and then as Head Coach in 1983-1984. He led the Trojans to the NCAA Division II National Championship in 1984. He was the NFL Denver Broncos’ Special Teams Coach and then became head coach of the Birmingham Fire of the World League of American Football. He was Head Coach at Samford University for one year before returning to the NFL with the Pittsburgh Steelers; and helped coach the team in Super Bowl XXX. In 1998 he became Head Coach of the Dallas Cowboys, was offensive Coordinator for the Miami Dolphins for two seasons; and then became Head Coach at Georgia Tech for six years, leading them to six consecutive bowl games. He also coached with the Chiefs, Bills and Jets.