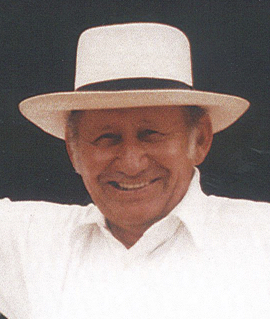 In 1971, he went from the University of West Florida to Alabama as golf coach. Before he was through, he built the Tide program into one of the finest in the nation. In 1975, his Alabama team finished second in the NCAA tournament, and in 1979, won their first ever SEC Championship. He has helped develop some of the PGA and Senior PGA Tour’s top players. Among them are Bob Murphy and Doug Sanders. His prize pupil at Alabama was Jerry Pate, who won the 1976 U.S. Open as a tour rookie. Honored many times by the PGA for teaching innovations and dedication to the game, Rehling has worked tirelessly to teach the disabled how to play golf. The golf trophy for the Special Olympics is named for him.