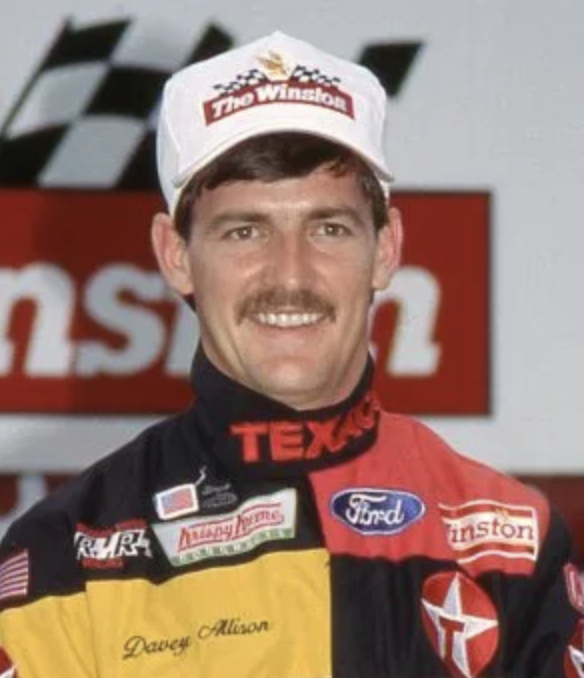 Raised in Hueytown, Alabama, he ran his first race four months after his high school graduation and won his first race two weeks later. Between 1979 and 1984, he won 45 short track races as he moved up the ranks. His first win on a superspeedway came at Talladega in 1983 in an ARCA 500K event. In 1984, he won ARCA’s Rookie of the Year. He went on to win 19 Winston Cup races and posted 66 top-five finishes and 93 top-ten finishes. His eight victories at Talladega set a track record. Allison died tragically after a helicopter crash at Talladega on July 12, 1993. In 2019, he was inducted into the NASCAR Hall of Fame.