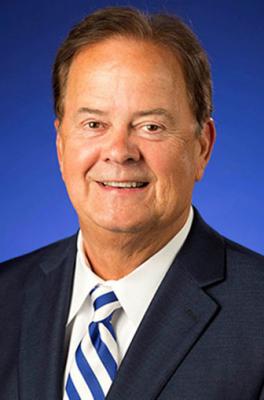 While at the University of Tennessee he received the Frank Broyles Award as Best Assistant Coach of the Year. He was Tennessee’s Offensive Coordinator when they won the National Championship in 1998. As head coach at Ole Miss he led the Rebels to four bowl victories. The Rebels were Co-SEC Western Division Champions in 2003. He was named SEC Coach of the Year in 2003. He mentored two Super Bowl MVP quarterbacks in Peyton Manning (Tennessee) and Eli Manning (Ole Miss). In 2012 he led Duke to their first bowl game in 18 years. The ten wins in 2013 for Duke was the first double digit win total for a season in 100 years of Blue Devil football. The win over Indiana (44-41) in the 2015 New Era Pinstripe Bowl was the first bowl victory for the Blue Devils since 1961.