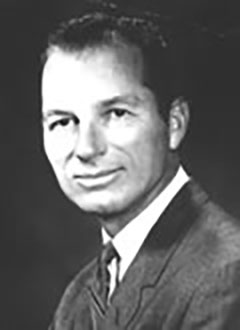 Don Hutson played football at the University of Alabama from 1932 to 1934, earning All-Southern and All-American honors. He was a star on Alabama’s 1934 National Championship team that won the 1935 Rose Bowl. Following his college career, he played 11 seasons in the NFL for the Green Bay Packers. He was a three-time NFL Champion, two-time MVP, and eight-time First-Team All-Pro selection. Many consider him the first modern receiver and one of the greatest in NFL history. His No. 14 was the first to be retired by the Packers and he was a charter member of the Pro Football Hall of Fame and College Football Hall of Fame.