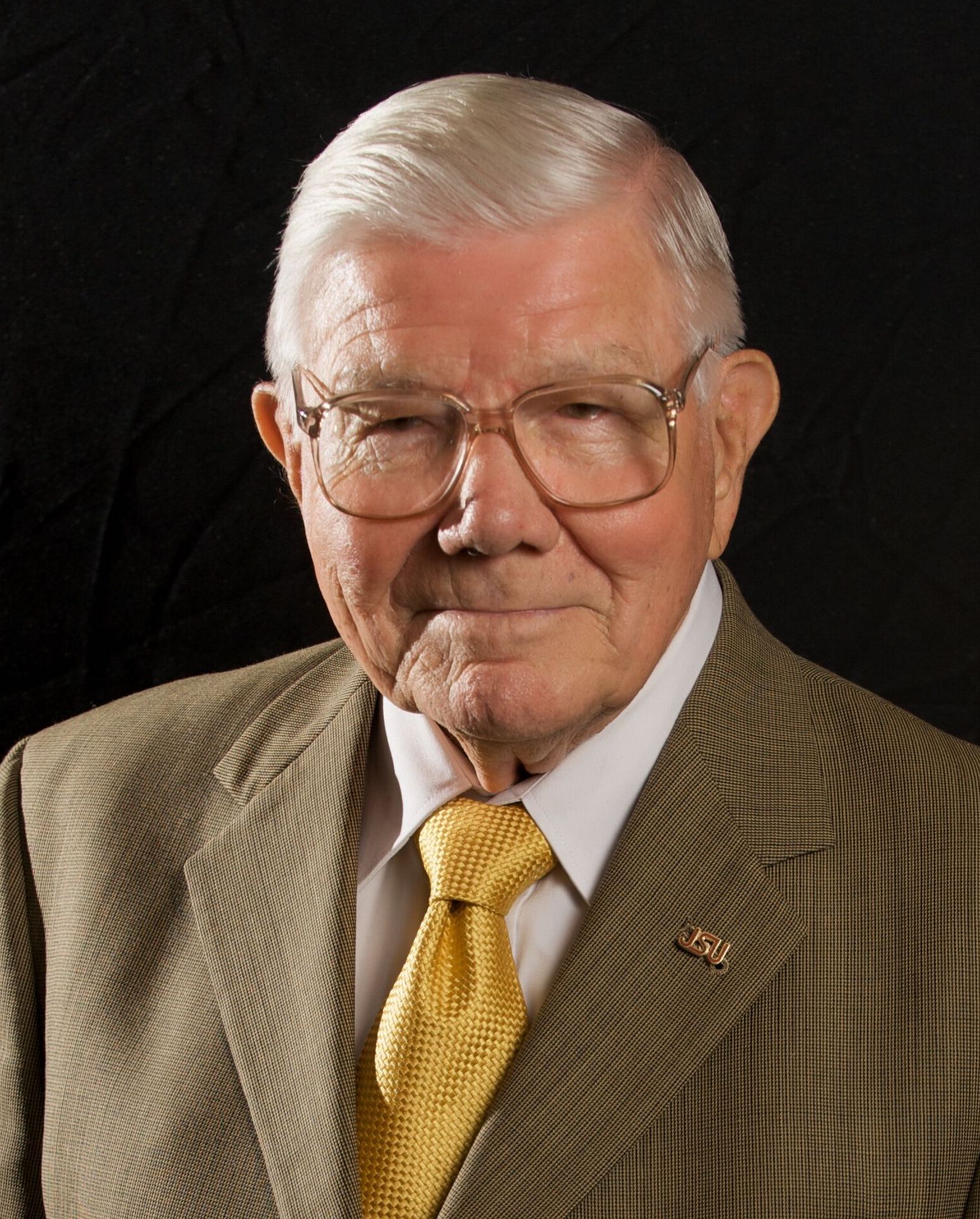 In 1941, he was a fullback for the University of Alabama on a National Championship team that won the Cotton Bowl. World War II interrupted. After winning battle stars in Belgium and France, he was wounded, presented the Purple Heart and sent home with the rank of Captain. He returned to the University of Alabama for postgraduate work and in 1946 became the head coach for Jacksonville State. Salls retired in 1964 as head coach and as Jacksonville’s all-time winner with 97 victories. In 18 seasons, Salls turned out seven conference championship teams, produced eight Little All-Americans, sent 12 players to the pro ranks, appeared in three bowls, and never lost a homecoming game.