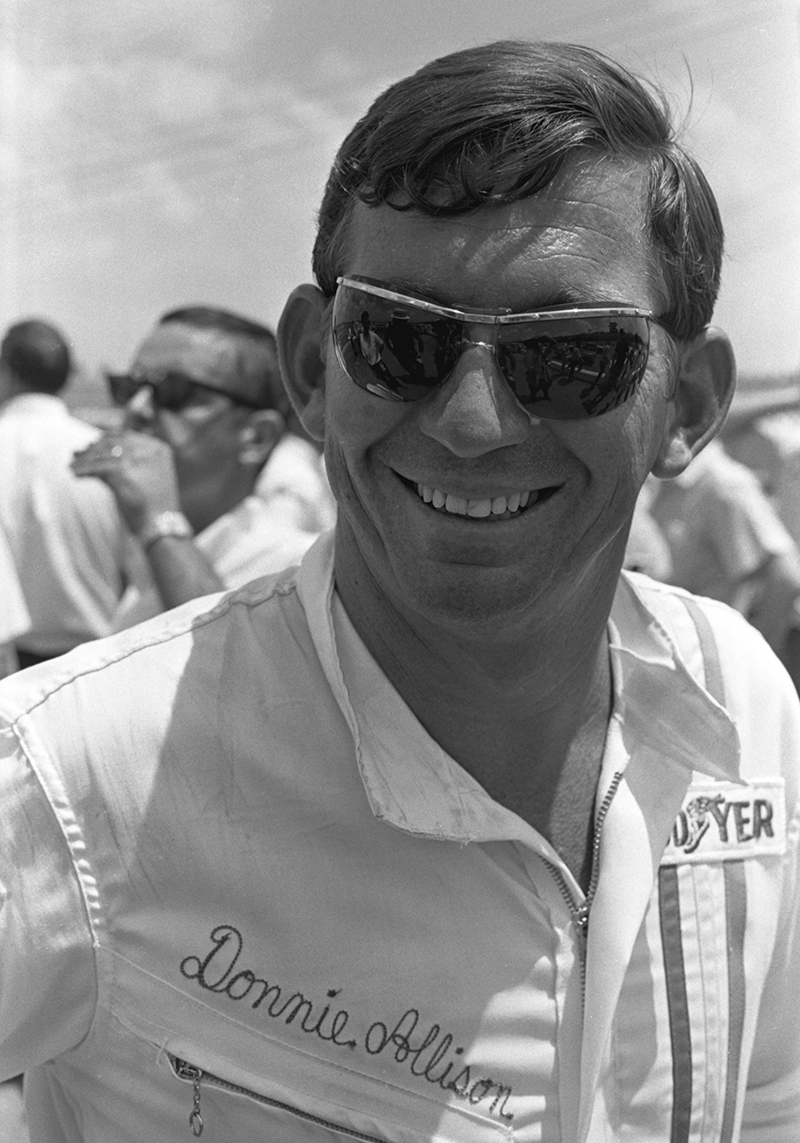 One of the original “Alabama Gang,” Donnie Allison began his racing career in Florida in the early 1960s. He was the 1967 NASCAR Rookie of the Year, the 1970 Indianapolis 500 Rookie of the Year, and Sportsman Most Popular Driver in 1970. Allison, who had more than $1 million in career earnings, registered ten Winston Cup wins, nine superspeedway wins, and 15 superspeedway pole positions. He is a member of Talladega-Texaco Walk of Fame, Alabama Racing Pioneers Old Timers Club, and listed in the Encyclopedia of Auto Racing Greats.