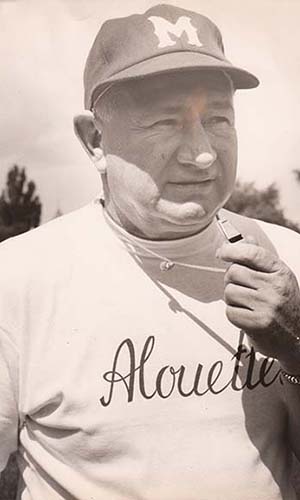 “Peahead” Walker played baseball and football at Birmingham-Southern, Vanderbilt, Wake Forest and Howard where he graduated in 1922. Starting in 1937, Walker coached at Wake Forest for 14 years. In his collegiate career, he compiled a record of 136-89-8. At Wake Forest he recruited Arnold Palmer to the golf team. From 1951-1959, he coached the Montreal Alouettes of the CFL and won four division titles. From 1960-1970 he was a scout for the New York Giants. He was inducted into the North Carolina Sports Hall of Fame in 1968.