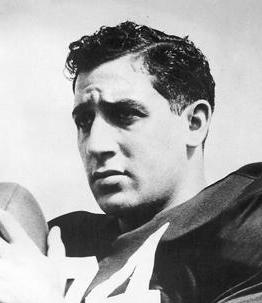 Salem played collegiately at the University of Alabama. He was the Crimson Tide’s best passer from 1948-50. He was their leading rusher in 1948 and the top scorer in 1948 and 1949. On defense in 1949 he led the team in pass interceptions. In the 1948 revival of the Iron Bowl he threw three touchdown passes, ran one in and kicked 7 PATs in Bama’s 55-0 victory. During Alabama’s Centennial Year of 1992, he was selected as one of the 50 best players in the school’s history. He was the 15th player picked in the 1951 NFL Draft by the Washington Redskins. He played one season with the Redskins and one season with the Montreal Alouettes of the Canadian Football League.