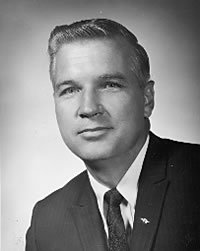 Frank House signed with the Detroit Tigers out of high school at age 18. In 1948, his signing bonus was the largest to date. He made his MLB debut with the Tigers on July 21, 1950 and played catcher for them until 1958 when he was traded to the Kansas City Athletics. He also played for the Cincinnati Reds and Baltimore Orioles before finishing his career with Detroit in 1961. After his baseball career, House served in the Alabama State Legislature where he was instrumental in the ASHOF’s creation in 1967. He served as the first chairman of the ASHOF Board of Directors.