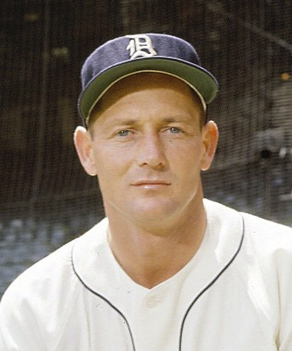 He signed a baseball contract with Detroit after his sophomore year at the University of Alabama. He was the first pitcher in 50 years to beat the New York Yankees seven straight games in a run of 21 wins and 7 losses against that team. In 1956 Frank led the American League in most innings pitched (294) and most victories (21). Lary was selected to three All-Star teams in his career and also won the Gold Glove Award in 1961. In ten years with the Detroit Tigers, he won 123 and lost 108 with 1,025 strikeouts.