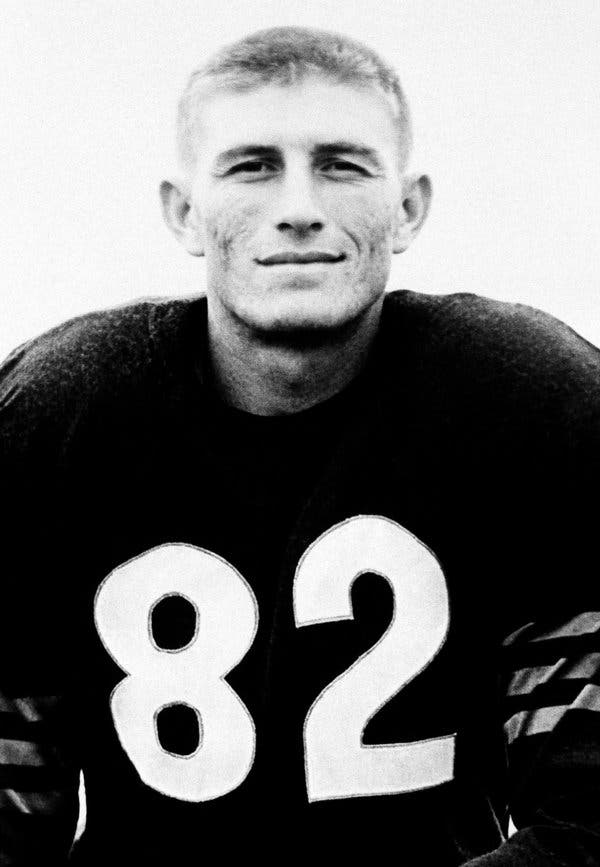 Harlon Hill was a football standout at Florence State Teachers College, now known as the University of North Alabama. In 1954, he was drafted by the Chicago Bears and named NFL Rookie of the Year. He was also selected for the Pro Bowl his rookie season. In 1955, he was named NFL MVP and was the first recipient of the Jim Thorpe Trophy. During his nine-year NFL career, he was selected three times for the All-NFL team and went to three Pro Bowls. He accumulated 233 career receptions for 4,717 yards with an average of 20.4 yards per catch. In his first two seasons in the NFL, he led the league in receiving touchdowns. He still holds multiple Chicago Bears franchise records. In 1986, the Harlon Hill Trophy was named in his honor and is awarded yearly to the nation’s best NCAA Division II football player.