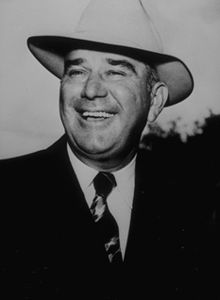 While attending Birmingham Southern College he was a letterman in four sports. From 1916 to 1919 he played professional baseball for the Birmingham Barons in the Southern League. In 1920, he accepted a position as Athletic Director and assistant football coach at Centenary College. In six years, he became the head football coach and quickly developed winning teams. Leaving in 1934 with a record of 60-19-9, he accepted the head football coach’s position at Texas A&M. In 14 years at Texas A&M, his record included three national championships, three Southwestern Conference championships, and a string of 19 straight wins over a two-year period. From 1939 to 1941 his team won 29 games and lost 3. His overall coaching record was 142-72-18.