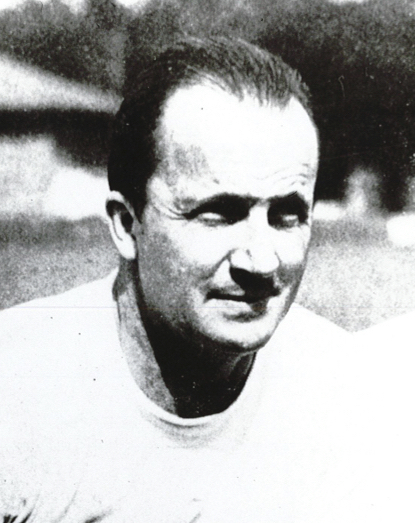 He was one of Knute Rockne’s best at Notre Dame. He coached at Rice Institute from 1929 to 1933. He came to Auburn University in 1934 as head football coach; he took the Tigers to the 1936 Bacardi Bowl and the 1938 Orange Bowl; Auburn’s first bowl games. In that Orange Bowl, Michigan State was held to two first downs. In 1935, Meagher was selected as the SEC Coach of the Year. His Auburn record was 47-38-10. World War II took Jack out of Auburn. After the war, Coach Meagher coached professional football with the Miami Seahawks.