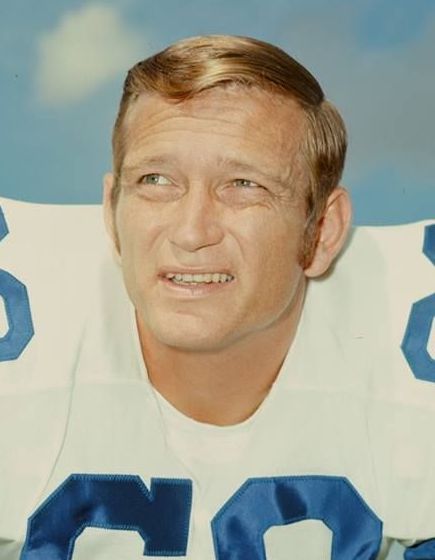 Jackie Burkett was one of the finest all-around athletes ever at Auburn University. Although he excelled in basketball, baseball, and track, it was at center-linebacker in football where he left his mark, and he was considered outstanding as a two-way player. During his sophomore year, Auburn won the national championship and he was chosen Sophomore of the Year. As a junior, he played most of the year with a slight shoulder separation but still made four All-American teams. During his senior year, he was a consensus All-American. He was the number one draft pick of the Baltimore Colts, and played 11 years in the NFL with the Colts, the New Orleans Saints, and the Dallas Cowboys.