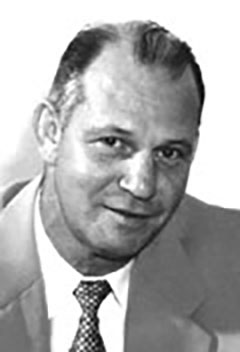 With the ability to run, pass, and punt, Jimmy Hitchcock was a triple-threat halfback and Auburn University’s first All-American. In 1932, he scored 71 points and was captain of the unbeaten Southern Conference champions. During his college career, none of his 232 punts were blocked. He went on to play professional baseball and during the off-season was an assistant to Coach Jack Meagher at Auburn. He continued his interest in football and became one of the top officials in the SEC. In 1954 he was inducted into the College Football Hall of Fame.