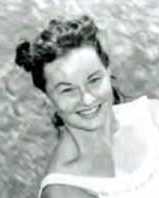 Godfrey was an overall water skiing champion 38 times and was 12 times a runner up in both the girls and women’s division. In 1961, she won the Women’s Overall National Championship and later that year she won the Gold Medal in Slalom at the World Championships. She also claimed the Women’s Slalom Title in the World Tournament in 1961 and the Tricks and Slalom Titles in 1963. She won 70 event titles and placed in the overall competition in all 45 tournaments in which she competed in from 1956 to 1963. She was an alternate on the U.S. Team at the World Championships in 1959 at the age of 15. In 2001, she was one of four who received the Award of Distinction from the Water Ski Hall of Fame.