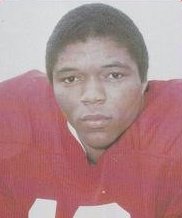 Jeremiah Castille played collegiately at the University of Alabama where he was named a Kodak All-American in 1982. He was named All-SEC for two consecutive years (1981-82). In Coach Bryant’s final game, the 1982 Liberty Bowl, Castille was named MVP. He was selected as a member of Alabama’s All-Century Defensive Team. He was drafted by the Tampa Bay Buccaneers in 1983 where he played five seasons, until he was traded to the Denver Broncos where he would play two seasons. NFL Films awarded him the Defensive Play of the Year in the AFC Championship Game. He played in Super Bowls XXI and XXII.