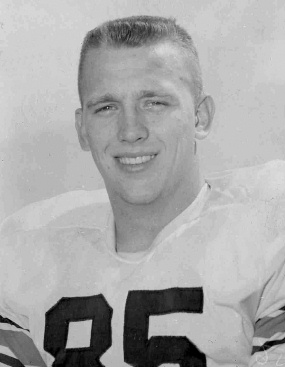 Wilson excelled on offense, but defense was his specialty at Auburn University. His defensive prowess helped Auburn lead the nation in defense in 1957, the season in which they won the National Championship. In 1958, Wilson led the Tigers in receiving and was the only unanimous selection for All-SEC. He played in the East-West All-Star game and the Hula Bowl. Drafted by the Philadelphia Eagles in 1959, he played defensive end on their 1960 NFL Championship team. He also played for the San Francisco 49ers. In 1961, he was called to active duty in the National Guard overseas and returned in 1962 to play two years with the Toronto Argonauts of the Canadian League. For many years he was involved in coaching wheelchair sports. He coached his daughter Jeanne to three world championships in wheelchair weight lifting and six national championships.