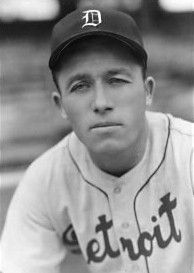 He played shortstop one year for Auburn in 1932. In 1934, he signed a professional contract with the Cincinnati Reds. After four years in the minor leagues, where he was named an All-Star for Nashville and Syracuse, he made his major league debut. In his first game, he had three hits off the great Dizzy Dean. He played 10 years in the major leagues, two at Cincinnati, one at Boston, and seven at Detroit. In 1945, while hitting .271, he helped lead the Detroit Tigers to the World Championship over the Chicago Cubs. When he finished in the major leagues, he had a career .268 batting average.