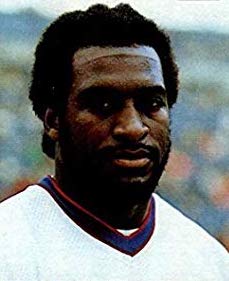 Cribbs first came into the spotlight as a two-time Parade Prep All-American at Sulligent. Moving on to Auburn, Cribbs became the third all-time Auburn rusher, trailing only Heisman Trophy winner Bo Jackson and future All-Pro James Brooks when he left Auburn. Cribbs was a second-round draft selection by the Buffalo Bills in 1980. While with the Bills, he went to three Pro Bowls. In 1984, Cribbs moved to the USFL in Birmingham where he was a unanimous All-USFL selection and Running Back of the Year while leading Birmingham to the playoffs for the first time. Cribbs said, “One of the highlights of my career was getting to play two seasons in Birmingham.” He later returned to the Bills and played for the 49ers, Colts, and Dolphins.