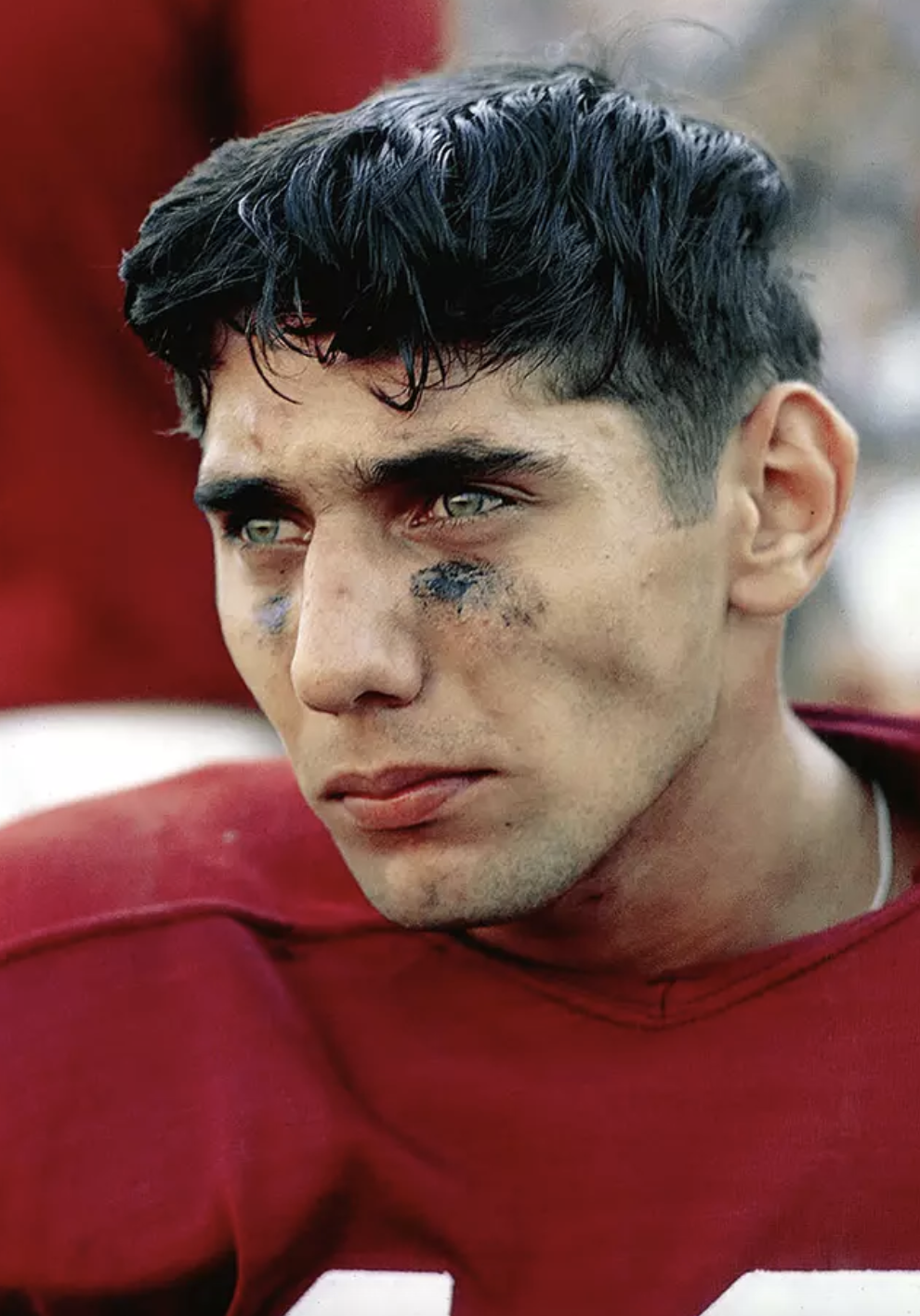 Joe Namath established himself as one of the greatest quarterbacks in football history. He led the University of Alabama to a national championship in 1964 and the New York Jets to the Super Bowl in 1969. He was twice All-AFL in 1968 and in 1972; he was the first NFL quarterback to pass for more than 4,000 yards in a single season. Namath played for New York for 12 years; in 1977 he played his final year for the Los Angeles Rams. His No. 12 was retired by the Jets and he was inducted into the Pro Football Hall of Fame in 1985.