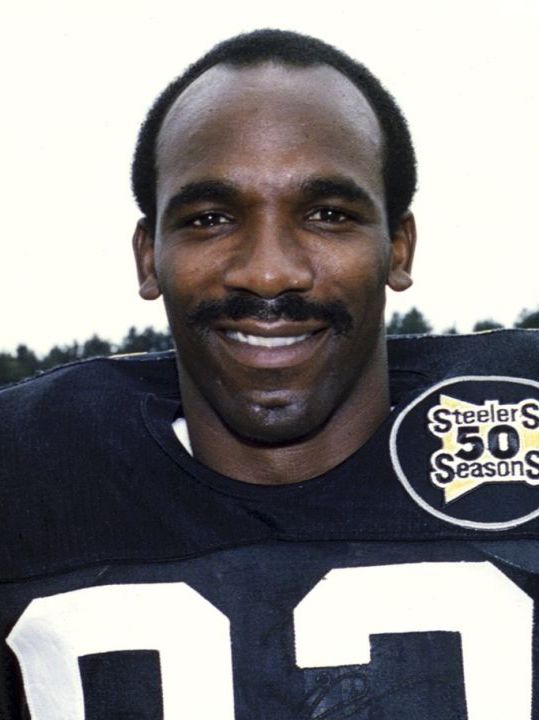 Stallworth attended Alabama A&M and set records for career receptions and single game receptions. He was the first Alabama A&M player to participate in the Senior Bowl. Drafted in 1974 by the Steelers, he played his entire 14-year career in Pittsburgh. He was twice named team MVP of the Steelers and in 1982, he was named to their All-Time Team. He set nearly every Steelers pass reception record for single season and career. He played in eight league championship games and in four Super Bowls. The Steelers were Super Bowl Champions in all four: 1975, 1976, 1979 and 1980. He was elected to the Pro Football Hall of Fame in 2002.