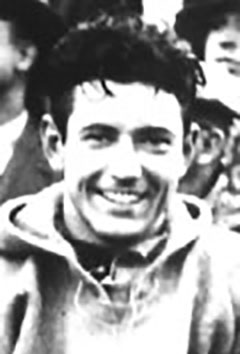 At the University of Alabama, Johnny Mack Brown was a star football player who led the Crimson Tide to national prominence in the 1926 Rose Bowl. The game is commonly referred to as “The Game That Changed the South.” He caught two crucial touchdown passes from Grant Gillis and Pooley Hubert to defeat Washington 20-19. The victory clinched the University of Alabama’s first national title. After graduation, Brown pursued a successful acting career in western films. He was enshrined in the College Football Hall of Fame in 1957.