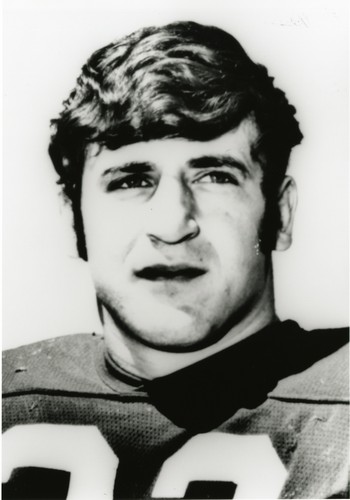 The “Italian Stallion” was a three-year starter at halfback for the University of Alabama from 1969-71. He rushed for 2,741 career yards and 34 touchdowns, a Crimson Tide record for 16 years. He completed five passes for 88 yards and two touchdowns and had 61 pass receptions for 495 yards and four touchdowns. His total offense amounted to 3,328 yards gained and 40 touchdowns. Winning All-SEC and All-American honors, he was fourth in the Heisman Trophy voting and was a National Football Foundation Scholar Athlete and an NCAA postgraduate scholarship winner. Drafted by the Chicago Bears, he chose to go to the Canadian Football League. He played three years there, one year in the World Football League, and three years with the Bears. In 2000, he was inducted into the College Football Hall of Fame.