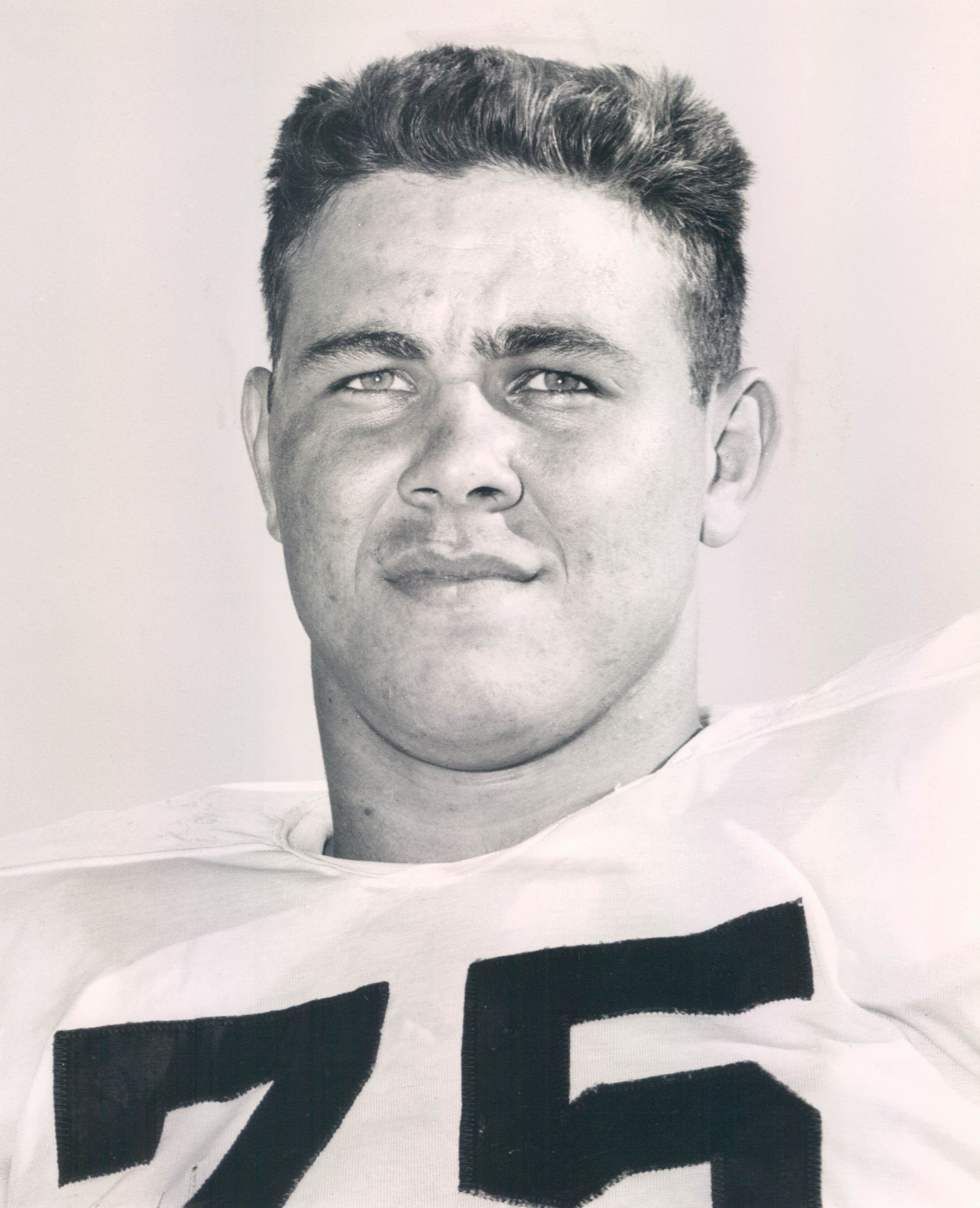 Ken Rice played collegiately at Auburn University and was named a consensus All-American tackle his junior and senior year. He was twice named Most Valuable Offensive Lineman in the SEC, as well as Most Valuable Defensive Lineman, and was chosen All-SEC for three straight years. He captained Auburn’s 1960 team. He was the first player drafted in both the American Football League (AFL) and the National Football League (NFL) in 1960, playing seven years for the Buffalo Bills, Oakland Raiders, and the Miami Dolphins. In 1961, he was selected to the first AFL All-Star team as a rookie. He was elected to the Auburn All-Century Team and was inducted into the Auburn Tiger Trail.