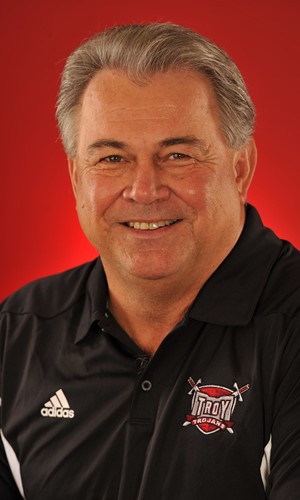 Played collegiately at Auburn University and later was an assistant coach at Auburn for 14 seasons. He became Head Coach at Troy University in 1991. He is the winningest football coach in Troy University history. In 1995 led Troy to their first undefeated regular season. His teams won the Southland League three times. He was named Southland Coach of the Year two consecutive years. He took the Trojans to the semifinals of the Division I-AA twice. He was the recipient of the Johnny Vaught Lifetime Achievement Award by the All-American Football Foundation (2000). He is one of only two coaches in NCAA history to lead a program from Division II to Division I-A.