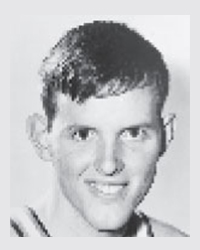 Lee DeFore played collegiately at Auburn University and was a three-year letterman, serving as team captain his senior year. He left Auburn as the all-time leading scorer and currently ranks 16th with 1,386 points. He was Auburn’s first 1,000-point scorer. He led the SEC as a senior with a 23.7 average, setting nine Auburn scoring records and scored over 30 points in seven games. He was named an All-American by the Helms Athletic Foundation in 1965-66. He was drafted by the New York Knicks in the fourth round in 1966.