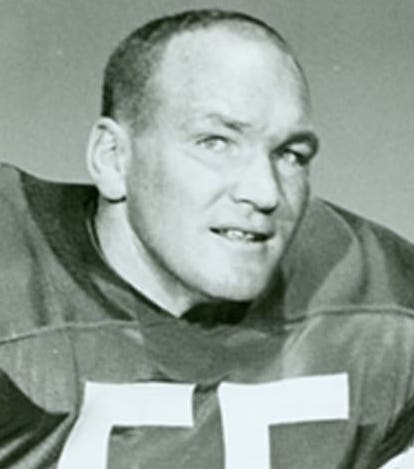 Baughan played football at Georgia Tech and was a consensus All-American in 1959. In 1960, he was the number two draft choice of the Philadelphia Eagles. As a rookie he was selected for the Pro Bowl and helped win the NFL Championship that year. He went to the next four Pro Bowls. In 1966, Baughan moved to the Los Angeles Rams where he was named to another four Pro Bowls. In 1971, he completed his playing career with the Washington Redskins. He was inducted into the College Football Hall of Fame in 1988 and the Philadelphia Eagles Hall of Fame in 2015. After coaching at Georgia Tech, Baltimore and Detroit, he was the head coach at Cornell University.