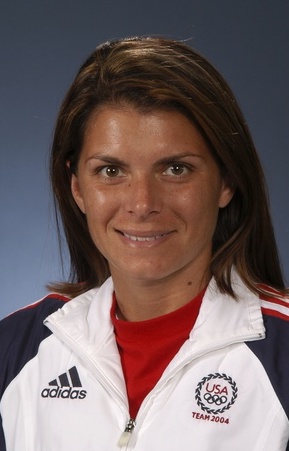 Mia Hamm played collegiately at the University of North Carolina and was a member of four consecutive NCAA National Championships. She was an All-American and ACC Player of the Year three times. She completed her collegiate career as the ACC’s all-time leading scorer in goals (103), assists (72), and points (278). She was named U.S. Soccer’s Female Athlete of the Year for five consecutive years. She led the U.S. National Team to gold at two Summer Olympics and two FIFA Women’s World Cups. She holds the record as the world’s all-time leading scorer in international competition (male or female) with 158 goals scored.