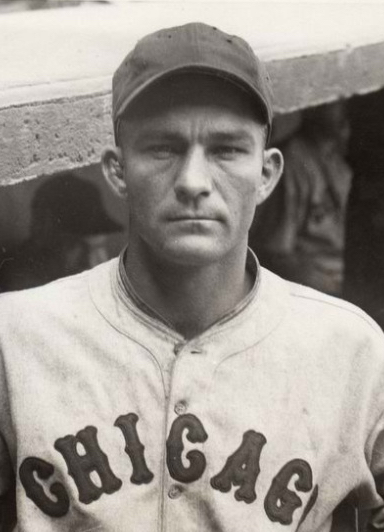 Riggs Stephenson, nicknamed “Old Hoss,” played football and baseball at the University of Alabama from 1919 to 1921. University of Alabama president George H. Denny described Stephenson as “the embodiment of cleanliness, manliness, and courage.” Stephenson left Alabama to pursue a professional baseball career and made his Major League debut with the Cleveland Indians on April 13, 1921. He played with the Indians until 1925 before moving to the Chicago Cubs. He played with the Cubs until 1934 and appeared in two World Series. After a brief time in the minor leagues, including two years with Birmingham, he retired in 1939. He also managed the Helena and Montgomery baseball teams before retiring to Tuscaloosa.