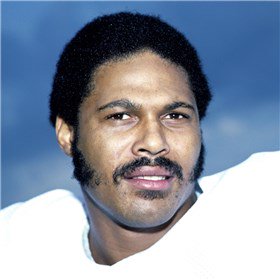 Robert Brazile played collegiately at Jackson State University as a linebacker, where he was a consensus All-American selection. He set a school record with 129 tackles and 79 assists in 1974. The Houston Oilers took him as the sixth pick overall in the 1975 NFL Draft. He was named AFC Defensive Rookie of the Year. He started every game over his ten-year career, which was an Oilers record of 147 consecutive starts. He was named to the Pro Bowl nine times and elected All-Pro five times. He was named to the NFL 1970s All-Decade Team and is a member of the Mississippi Sports Hall of Fame and Titans-Oilers Ring of Honor. In 2018, he was inducted into the Pro Football Hall of Fame.