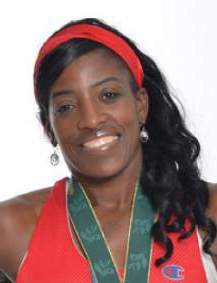 Bolton played basketball at Auburn University. During her career she scored 1,176 points and ranks fifth all-time in assists with 526. She helped lead the Tigers to three SEC Championships and two consecutive runner-up finishes in the NCAA Tournament. She had a 15-year professional basketball career that included participation on 10 U.S. National Teams. She is a two-time Olympic Gold Medalist (1996 and 2000) as well as a WNBA All-Star. She scored over 2,000 points in her career and is fourth on the WNBA’s all-time three pointer list. She was the 1991 USA Basketball Female Athlete of the Year. She was elected to the Women’s Basketball Hall of Fame Class of 2011.