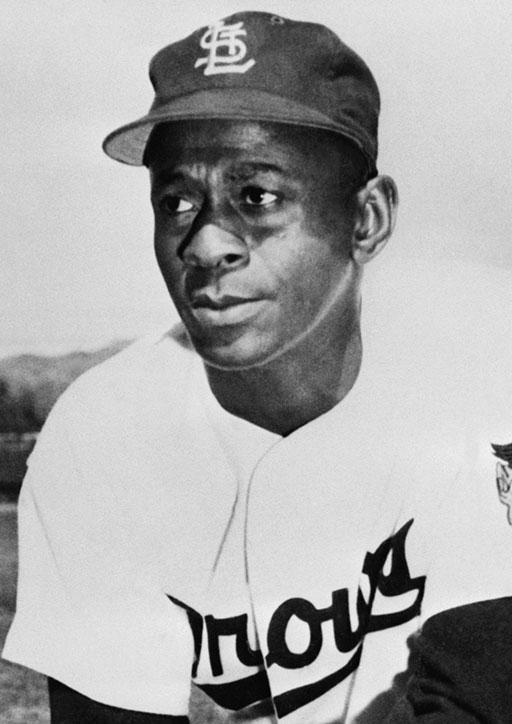 Satchel Paige’s pitching career began in the Negro Leagues where he played from 1926 to 1947. He was a star for many teams, including the Pittsburgh Crawfords and Kansas City Monarchs. At the age of 42, he became the oldest rookie in the major leagues and the first African-American pitcher in the American League. He made his MLB debut for the Cleveland Indians on July 7, 1948. In the remainder of the 1948 season he went 6-1 with a 2.47 ERA. The Indians would go on to win the pennant and Paige would become the first African-American to pitch in the World Series, which the Indians won. It is estimated that between 1922 and 1963 he pitched in more than 2500 games and won 9 out of every 10 he pitched. He was the first representative of the Negro Leagues to be inducted into the National Baseball Hall of Fame.