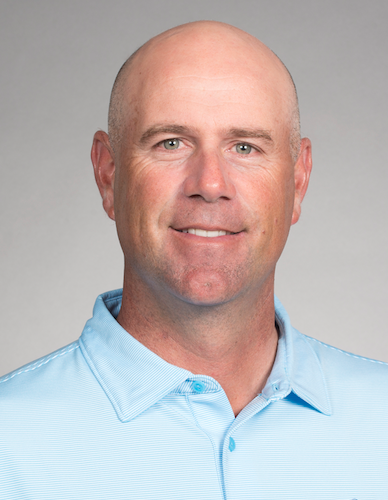 Stewart Cink played golf collegiately at Georgia Tech. He won the Canon Greater Open in his rookie season on the PGA Tour. In June 2008, he reached his highest ever ranking, sixth, in the Official World Golf Rankings. In July, 2009 he won his first major title at the 138th Open Championship at Turnberry, Scotland. He has won six times on the PGA Tour, has been a member of four President Cups, five Ryder Cups, and two World Cup teams. He was the recipient of the 2017 Payne Stewart Award, presented annually by the PGA Tour to the player who best exemplifies the values of character, charity and sportsmanship.