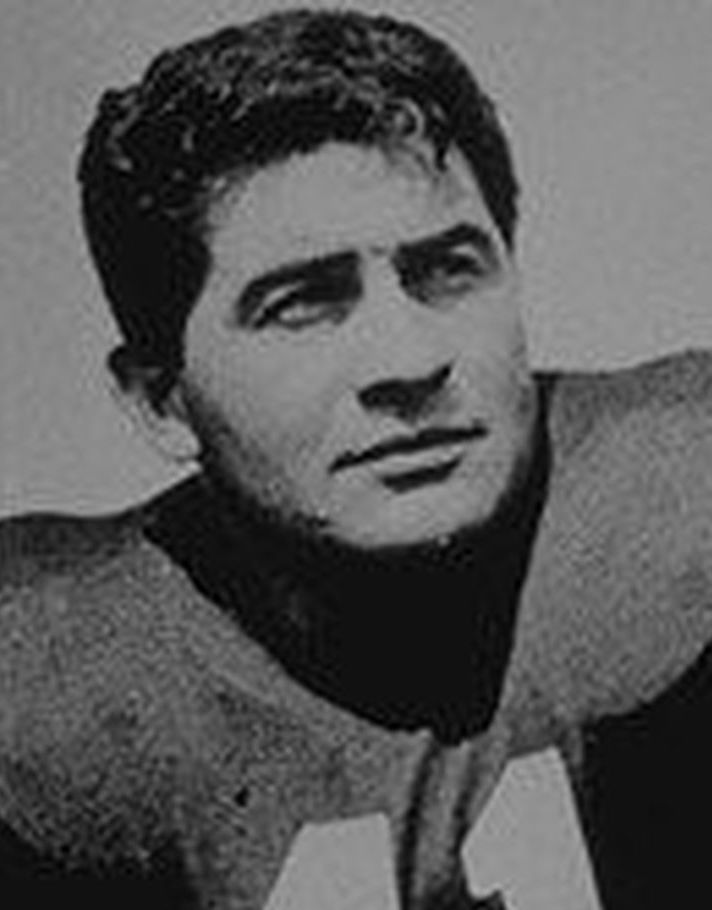 He moved to Birmingham at age six. He played high school football at Ramsay, making All-State and All-Southern in 1941, and in 1980 was voted to the Ramsay All-Time First Team. At the University of Alabama (1944-48) he earned All-SEC and All-American honors as a four-year starter. He played in the Rose Bowl and two Sugar Bowls; was voted to the All-Time Sugar Bowl Team and played pro football with the Boston Yanks of the NFL. He was head coach and athletic director at Livingston University, assistant coach at FSU and Columbia University, and director of athletics at FSU from 1959-1971. From 1972-1992 he was a professor in media education at FSU, retiring as professor emeritus. In 1990, he was inducted into the College Football Hall of Fame and in 1992 was selected to Alabama’s All-Century Team.