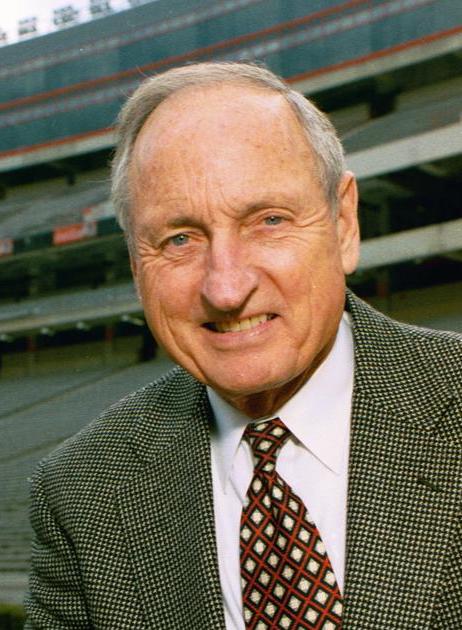 Dooley attended Auburn University and was captain of the 1953 team. He played quarterback for the Tigers and led them to their first winning season in 17 years. After a stint with the U.S. Marines, he was an assistant coach at Auburn. In 1964, he was selected as head coach at the University of Georgia. In 1980, he was voted NCAA Coach of the Year after his Bulldogs went undefeated as national champions. He retired after the 1988. In 1994, he was inducted into the College Football Hall of Fame.