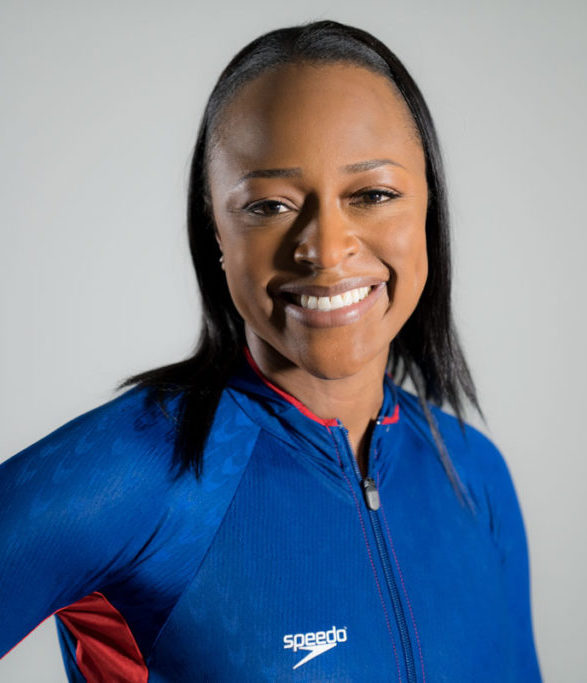 Flowers ran track collegiately at the University of Alabama-Birmingham. She was a seven-time NCAA All-American and the 1996 Penn Relay Long Jump Champion. She was a six-time Conference MVP. She also captained the UAB Women’s Track and Field Team. In 2002 at the Winter Olympics in Salt Lake City, she and Jill Bakken won the Gold Medal in the inaugural Women’s Olympic Bobsled, becoming the first black athlete (male or female) from any country to win a Winter Olympic Gold Medal. She was a three-time U.S. National Champion in bobsled. She won the Bronze Medal at the 2004 World Championships. She was named one of Essence Magazine’s 50 Most Inspiring African-Americans.