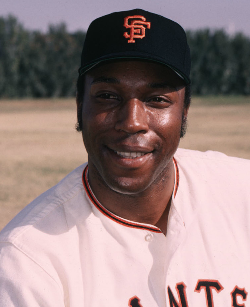 After five years in the minor leagues, he signed with the San Francisco Giants. In his first major league game in 1959, he had four hits to tie a National League record. His consistent hitting won him Rookie of the Year honors. A six-time All-Star, he played in 2,588 games, batting .270 with 521 home runs, 46 triples, and 353 doubles. The San Francisco Giants retired the number 44 in his honor. He was inducted into the National Baseball Hall of Fame in 1986.